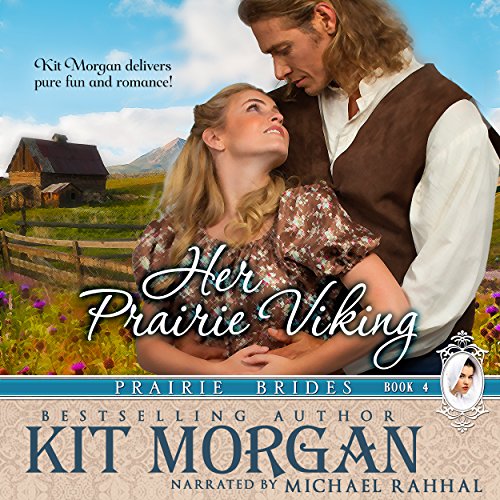 Prairie Brides is a series, so you'll want to listen to the audiobooks in order to have the most fun! Enjoy these sweet romances as you get to know the Cooke brothers and the townsfolk of Clear Creek. One of the wackiest little towns in the old west!

The long awaited arrival of Mr. Berg is here! He made his first appearance in Her Prairie Knight, and then sprang into action with the rest of the townsfolk in His Prairie Duchess, now Mr. Berg has his own story to tell!

Mr. Berg had a duty to perform. Find the Princess Madelaina at any cost, retrieve her, and deliver her to Count Rudge, one of the most despicable men Andel had ever known. Not an appealing task for a Captain of the King's Guard but unfortunately, Andel had no choice. If he didn't deliver the princess Count Rudge would kill his father and Andel was prepared to do anything to keep that from happening. But Andel hadn't counted on falling in love.

If he didn't deliver the princess his father would die. And if he did could Andel live with himself not to mention, live without his princess?

What then, will Mr. Berg do?