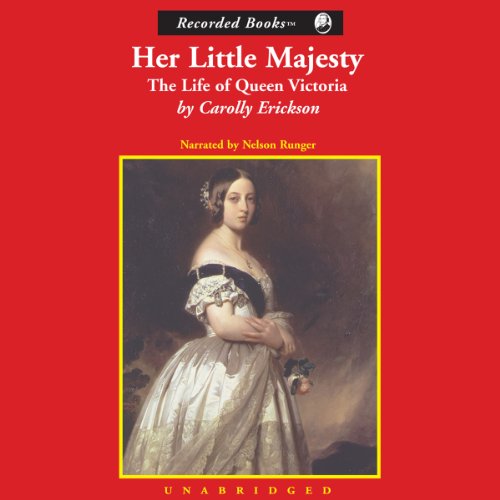 Her Little Majesty is a fresh and fascinating portrait of the diminutive monarch who ruled the vast British empire for over 60 years. Award-winning biographer and historian, Carolly Erickson, transports you behind the walls of Buckingham Palace to introduce you to the quirky, loveable Queen Victoria—revealed only to her closest associates. Emotionally deprived, inadequately educated, and socially isolated for much of her life, young Victoria felt ill-prepared to ascend the throne. But the 19-year-old queen met her coronation day with outward dignity and confidence—then went home to bathe her pet dog. Even though her frequent temper tantrums and neurotic obsessions would have critics repeatedly fearing for her sanity, she became a powerful ruler, relentlessly leading her country through devastating wars and sweeping political reform. Carolly Erickson draws on diaries, letters, and historical documents to pen this dramatic account of England’s popular matriarch and the turbulent era that carries her name. Narrator Nelson Runger will hold you enthralled as the glory and the adversities of the Victorian age unfold.