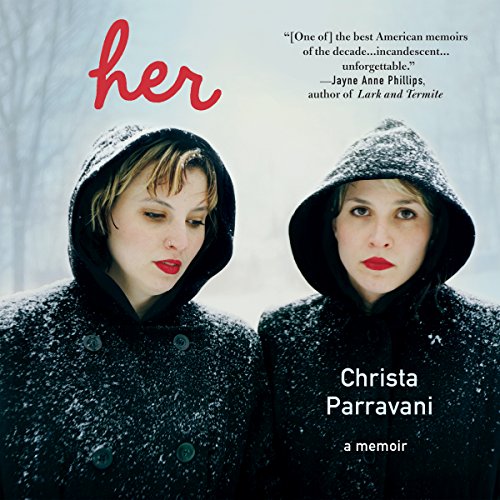 Raised up from poverty by a determined single mother, gifted and beautiful twin sisters Christa and Cara Parravani were able to create a private haven of splendor and amusement that they shared between themselves. They earned their way into a prestigious college, established careers as artists (a photographer and a writer, respectively), and entered young marriages. But plagued by their father's early rejection of them and further damaged by being raped as a young woman, Cara veered into depression, drugs, and a shocking early death.

Some time after Cara was gone, Christa read that when an identical twin dies, regardless of the cause, 50 percent of the time the surviving twin dies within two years. By then, that shocking statistic rang all too true. "Flip a coin," she had come to think. "Those are my chances of survival." While at first Christa had fought to stop Cara's downward spiral, after her sister's death she suddenly found herself struggling to survive her own.

"Parravani delicately probes the fragile, intimate boundaries among love, identity, and loss." ( Kirkus Reviews)
"The best memoirs should come with a warning label, the kind that makes you take a deep breath before you open the cover. Her announces its challenges immediately while also establishing the voice that will pull you through the darkness of loss, memory, and expiation. Suddenly bereft, twinless, distrusting the talent that has been her mainstay...Christa Parravani carries us with her into the excavation of what it means to be a survivor, a lost twin and a woman digging herself out of her sister's loss. That she comes out the other side is never predictable - merely miraculous." (Dorothy Allison, author of Bastard Out of Carolina)
"Christa Parravani writes with extraordinary emotional honesty.... The scenes between the sisters in this book are breathtaking. And Christa's difficulty looking in the mirror after the death of her identical twin becomes the reader's desire to see him- or herself, and the world, more sensitively. A fine and rare book." (Alice Elliott Dark, author of In the Gloaming and Think of England)

I was intrigued to listen to this book due to the fact that I have identical twin girls.
The author draws an interesting picture of this fact. Other than that I found it contrived, at times filled with unnecessary grueling details of her sister's rape.
I stopped listening half way because it was just too much of the same.