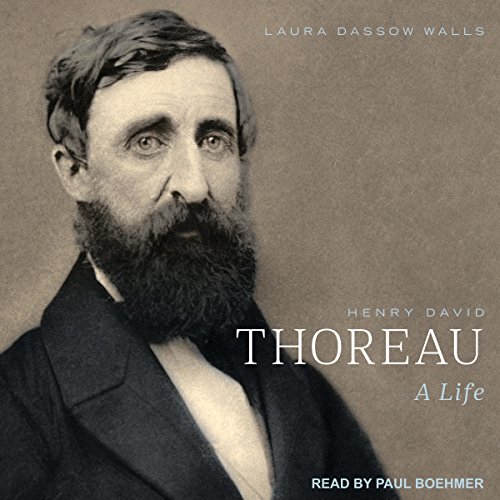 "Walden. Yesterday I came here to live." That entry from the journal of Henry David Thoreau, and the intellectual journey it began, would by themselves be enough to place Thoreau in the American pantheon. His attempt to "live deliberately" in a small woods at the edge of his hometown of Concord has been a touchstone for individualists and seekers since the publication of Walden in 1854.

But there was much more to Thoreau than his brief experiment in living at Walden Pond. A member of the vibrant intellectual circle centered on his neighbor Ralph Waldo Emerson, he was also an ardent naturalist, a manual laborer and inventor, a radical political activist, and more. Many books have taken up various aspects of Thoreau's character and achievements, but, as Laura Dassow Walls writes, "Thoreau has never been captured between covers; he was too quixotic, mischievous, many-sided."

Two hundred years after his birth, and two generations after the last full-scale biography, Walls restores Henry David Thoreau to us in all his profound, inspiring complexity.

"The wonder is that, given her book's richness, Walls still leaves the reader eager to read Thoreau. Her scholarly blockbuster is an awesome achievement, a merger of comprehensiveness in content with pleasure in reading." ( Publishers Weekly, Starred Review)