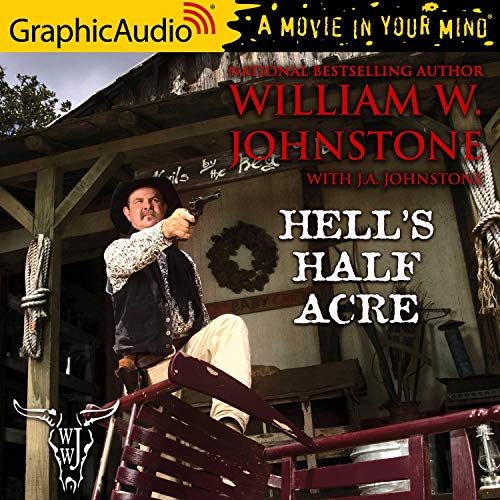 "Stay the hell out of Fort Worth."

Those were the last words uttered by a dying man who was the boomtown's most recent sheriff. Rail-thin and half starved, desperate cowpuncher Jess Casey ignores the travel advice. Instead, Jess not only enters Fort Worth, he becomes the new sheriff, inheriting the body-riddled little slice of heaven called Hell's Half Acre, the wide-open, deadliest piece of real estate on the American frontier.

Hell's Half Acre is home to Kurt Koenig and his gang-run empire of booze, prostitution, and wholesale slaughter. For Koenig, the only good lawman is a dead one, and he puts a pretty price on Jess Casey's head. For Jess Casey, that means war. Against him are the frontier's fastest draw and a host of murderous triggers. On his side are decades of rock-hard Texas living, a couple of ne'er-do-well deputies, and the good sense to do all his talking behind the barrel of a fast-blazing gun....