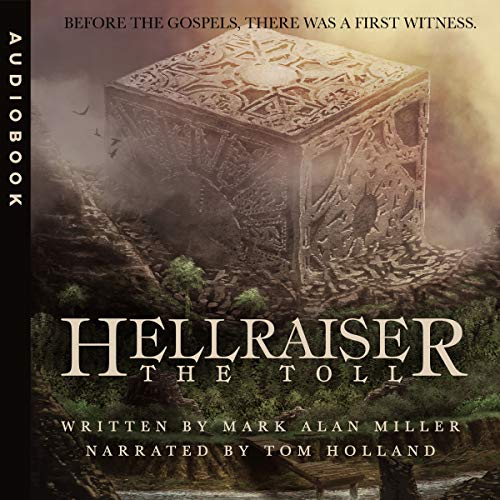 Thirty years after Kirsty escaped from the clutches of the Hell Priest, Pinhead, and lived to fight another day, her life has never been the same. Every few years she fashions a new name, a new identity, and a new home for herself. She is a woman who is running from her past at all costs, which is why it comes as such a surprise when she receives a mysterious letter in the mail, addressed to the identity she's been running from over half her life.

Answering the letter's query, she begins a descent down a rabbit hole to the ultimate confrontation. Her actions stir something unnameable in the ether and throw her into a game where nothing...not even what she sees in front of her very eyes...can be trusted.

With equal parts economy and eloquence, author Mark Alan Miller brings to life the beginning of the end as The Toll expands the Hellraiser universe and shows that before Detective Harry D'Amour's adventures in The Scarlet Gospels, there was a first witness to Pinhead's infernal plan.