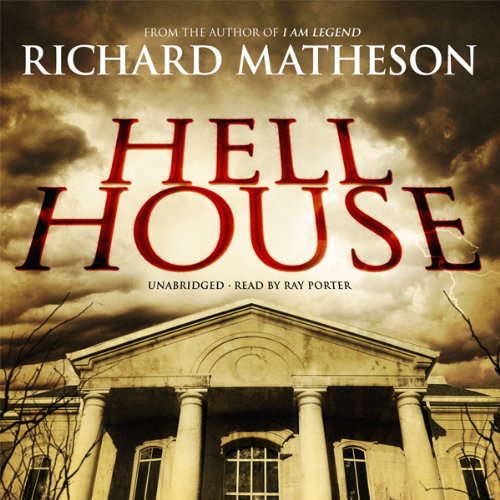 For over 20 years, Belasco House has stood empty. Regarded as the Mt. Everest of haunted houses, its shadowed walls have witnessed scenes of unimaginable horror and depravity. All previous attempts to probe its mysteries have ended in murder, suicide, or insanity.

But now, a new investigation has been launched, bringing four strangers to Belasco House in search of the ultimate secrets of life and death. A wealthy publisher, brooding over his impending death, has paid a physicist and two mediums to establish the facts of life after death once and for all. For one night, they will investigate the Belasco House and learn exactly why the townsfolk refer to it as the Hell House.

Hell House, which inspired the 1973 film The Legend of Hell House, is Matheson's most frightening and shocking book, and an acknowledged classic of the genre.

I expected a tad more

I found a review of this book online, calling it one of the most scariest stories ever but I expected more. There are probably only two really interesting and scary scenes in this book which will make for a good scare, late at night when you're home alone but that's about it. Ray Porter is alright as narrator but not my personal favourite.

My English Review: "Hell House" is the literary basis of the scary film "The Legend of Hell House" from 1973. As it turns out, the film is an almost 1:1 adaptation of the book, so there aren't any real surprises here.
The narrator is very good and the two perspectives on what's going on at Hell House are interestingly portrayed, even if it quickly becomes clear that both sides do not take the other position into account in the slightest ("It doesn't matter what you say, I know what I believe and I know you are wrong.").

Entertaining, but wayyyy to similar to Hill House

Not boring, but too much of a sex-obsessed, unsubtle recycling of Shirley Jackson's Hill House.