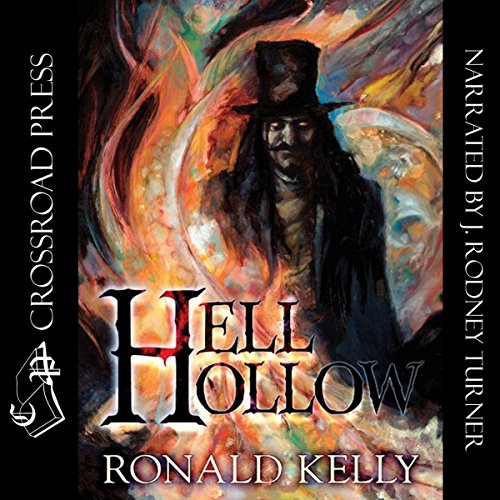 From out of a shadowy backwoods hollow echoes a dark threat from the past, nearly a century lost and forgotten.

The rural town of Harmony, Tennessee, possessed a disturbing secret; a secret so ancient that most of its residents were completely unaware of it. Even the last survivors of a vigilante raid long ago have filed the tragic events of that autumn night away, totally unaware of the evil that remains, dormant, but forever patient, among the tall pines and thick-leaved kudzu of a place known only as Hell Hollow.

There it would have remained, unrevealed, if not for a handful of unknowing participants. Four kids, bored for excitement during one of the hottest summers on record; a killer on the run, dodging his latest atrocity; and a rape victim on a deadly mission - scarred in both body and mind all have a hand in bringing forth an unspeakable evil from the dark woods of Hell Hollow.

He is a skeletal figure in top hat and tails, brandishing a handful of magical cards and a patented elixir that was brewed in the very depths of Purgatory.