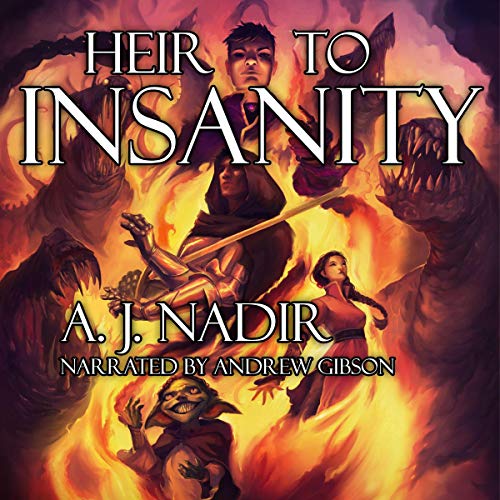 Jasper’s only friend, Ethan, is dying. Jasper is a gremlin with enough power to level a city, but the magical energy he placed within Ethan to keep him alive is fading. Ethan’s only hope lies in the very artifact that nearly killed him in the first place: The Everflame.

The two join forces with Linna, a young pirate woman coming into her own powers, and Avril, the personification of fate itself. Unfortunately, they aren’t the only ones seeking the artifact. Hunted by their old friend Yon and his army of monsters, they set out to claim the Everflame.

Minutes to Madness is a lighthearted novel speckled with comedy while retaining the serious undertone of a race against time.