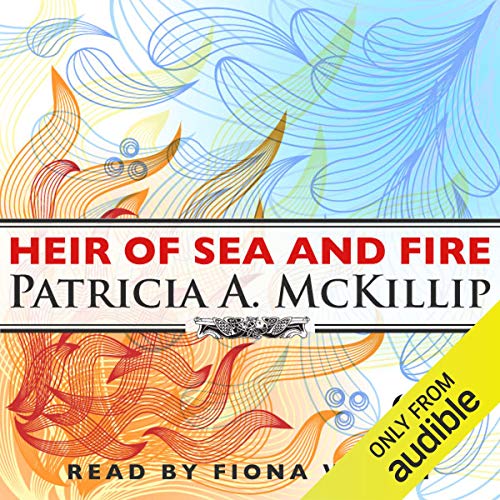 Heir of Sea and Fire

By the vow of her father and her own desire, Raederle was pledged to Morgon, Riddle-Master of Hed. But a year had passed since Morgon disappeared on his search for the High One at Erlenstar Mountain, and rumors claimed he was dead.

Raederle set out to learn the truth for herself, though her small gift of magic seemed too slight for the perils she must face. The quest led through strange lands and dangerous adventures. Only her growing powers enabled her at last to reach Erlenstar Mountain. And there she discovered what she could not bear to accept. Accompanied by Deth, the High One's Harper, she fled. And behind them came a pursuer whose name was Morgon, bent on executing a grim destiny upon Raederle and Deth. Her only hope lay in summoning the Hosts of the Dead, led by the King whose skull she bore.

I love the books, and the first audio book in the series was excellent. I wish the speaker/producer had researched the pronunciation of names and places in the story. It took so much away from enjoying the tale.