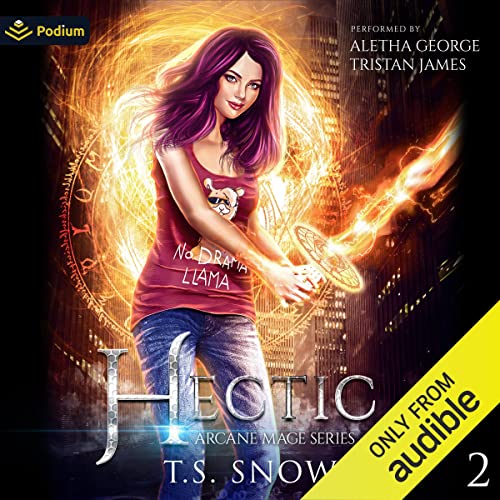 I thought having my diploma as a Magical Engineer would be the answer to all my problems, but I couldn't have been more wrong.

In an attempt to take down the resistance, I became their target. Now I have no MET, no home, and the entire world thinks I'm dead. Hidden, I need to find a way to flush out the mole who has wormed his way into AMIA. That's the only way I'll have my life and freedom back.

If only things were so easy.

To make things even more complicated, the Arcane heirs keep popping up left and right with their sexy good looks and hard abs. They're a distraction I should try to avoid, but can't quite resist. When did my chaotic life become so hectic?

Hectic is book two of the Arcane Mage series, a reverse-harem romance intended for adult audiences.