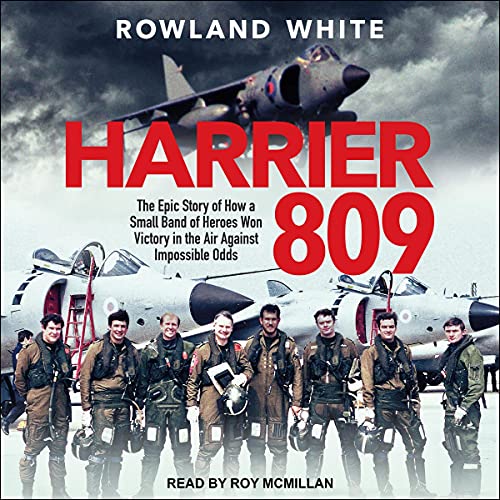 In response, Britain dispatches a naval Task Force. Eight thousand miles from home, its fate hinges on just 20 Sea Harrier fighters against the 200-strong might of the Argentine Air Force.

The odds against them are overwhelming.

British Defense Chiefs' own estimates suggest that half the Harriers will be lost within a week. Against this background, 809 Naval Air Squadron is reformed, trained and sent south to fight.

Not since WWII had so much been expected of such a small band of pilots....

Combining groundbreaking research with the pace of a thriller, Rowland White reveals the full story of the fleet's knife-edge fight for survival for the first time, and shows how the little jump jet went from airshow novelty to writing its name in aviation legend. And of how a small band of heroes won victory against impossible odds.