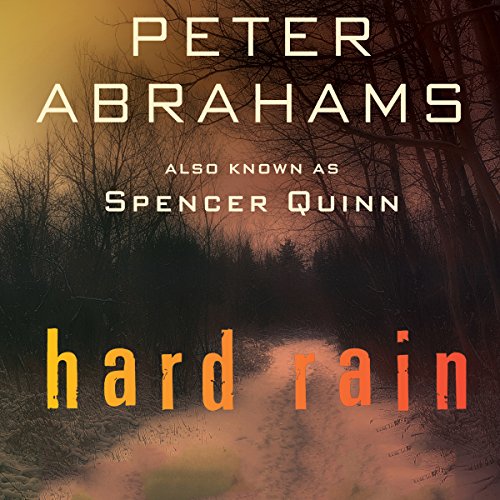 Hailed by Stephen King as "my favorite American suspense novelist", Peter Abrahams, who is also known as Spencer Quinn, author of the Chet and Bernie Mysteries, delivers a gripping thriller about a woman caught up in a conspiracy spawned at the 1969 Woodstock Festival.

Los Angeles single mother Jessie Shapiro restores paintings for a living, but ever since her divorce from unfaithful musician Pat, she can barely make ends meet. One weekend Pat fails to bring their 10-year-old daughter, Kate, home. When Jessie goes to his Venice Beach house, she hears a disturbing cut-off message on his answering machine and discovers strange foreign words written in big block letters on his kitchen blackboard. Then her life is threatened. The police are dragging their feet, so Jessie embarks on her own search for Kate. Her quest takes her across the country and across decades, from the drug haze of Woodstock to the lethal jungles of Vietnam to the highest echelons of Russian and American intelligence. The truth - more shocking than she ever imagined - may not set her free. But it could cost her everything.