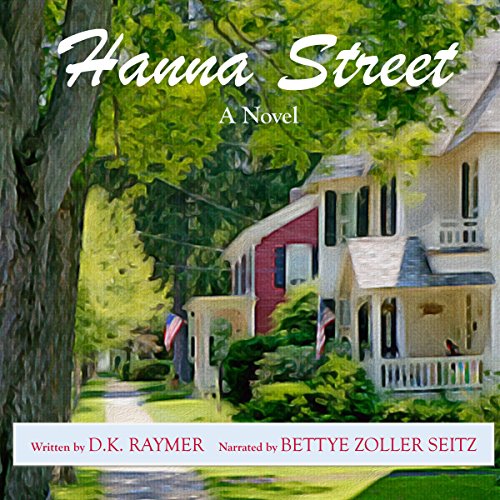 When elderly widow Mimi Wilson decides to sell her beloved but rundown home, she sets into motion a chain of events that will forever alter the lives of those she loves. Charming Appleton, Indiana, will get a new Git & Go in the spot where her house stands. Mimi will get to spend her Golden Years in Florida with her daughter. And her granddaughter, Kate, will get one more chance to find love and happiness.

When Kate arrives back home to oversee her grandmother's estate sale, she finds the street she grew up on is in a state of decline and most of her old neighbors have moved on. Her childhood friend is hospitalized following a suicide attempt, and her high school sweetheart is recently divorced.

Kate plans to spend one week in her old home town, just long enough to put her grandmother's things in order. But being back in Appleton stirs old emotions and chips away at her resolve, obscuring the best path forward.

Set between 1952 and 1977, Hanna Street draws listeners into an era when there was no such thing as political correctness. Smoke free communities did not exist. The closest thing to social media was the CB radios craze. And traveling carnivals were the summer's big entertainment. Hanna Street offers a glimpse of small town life during some of the most celebrated decades in American history.