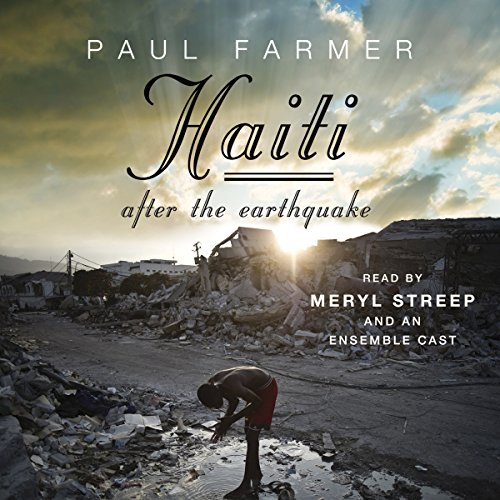 Haiti After the Earthquake

On January 12, 2010, a major earthquake struck near Port-au-Prince, Haiti. Hundreds of thousands of people died, and the greater part of the capital was demolished. Dr. Paul Farmer, U.N. deputy special envoy to Haiti, who had worked in the country for nearly thirty years treating infectious diseases like tuberculosis and AIDS, and former President Bill Clinton, the U.N. special envoy to Haiti, had just begun to work on an extensive development plan to improve living conditions in Haiti. Now their project was transformed into a massive international rescue and relief effort.

In his own words, Farmer documents this effort, including the harrowing obstacles and the small triumphs. Despite an outpouring of aid, the challenges were astronomical. U.N. plans were crippled by Haiti's fragile infrastructure and the death of U.N. staff members who had been based in Port-au-Prince. In chronicling the relief effort, Farmer draws attention to the social issues that made Haiti so vulnerable to this natural disaster.

Yet Farmer's account is not a gloomy catalog of impenetrable problems. As devastating as Haiti's circumstances are, its population manages to keep going. Farmer shows how, even in the barest camps, Haitians organize themselves, creating small businesses such as beauty parlors. His narrative is interwoven with stories from Haitians themselves and from doctors and others working on the ground. Ultimately this is a story of human endurance and humility in difficult circumstances and seemingly overwhelming odds.