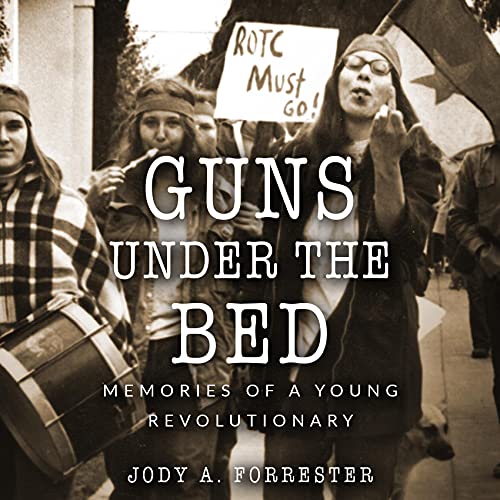 Guns Under the Bed

It is 1969, and Jody A. Forrester is in her late teens, transitioning from '60s love child to pacifist anti-Vietnam War activist to an ardent revolutionary. Guns Under the Bed: Memories of a Young Revolutionary revolves around her three years in the Revolutionary Union, a Communist organization advocating armed overthrow of the ruling class. In readiness for the uprising, she sleeps with two rifles underneath her bed.

One of millions protesting the war, what sets Jody apart her from her peers is her decision to join a group espousing Mao Tse Tung’s ideology of class war. But why? How does she come to embrace violence as the only solution to the inequities inherent in a capitalist empire? To answer that question, Jody goes into her past and in the process comes to realize that what she always thought of as political is also deeply personal.

More than a coming-of-age story, this memoir tells the more universal truths about seeking a sense of belonging not found in her family with themes of shame, pride, secrecy, self-valuation, and self-acceptance explored in context of the culture and politics of that volatile period in American history.