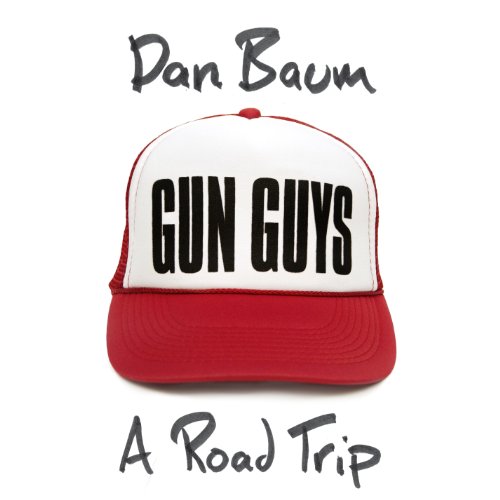 Here is armed America - a land of machine-gun gatherings in the desert, lederhosened German shooting societies, feral-hog hunts in Texas, and Hollywood gun armories. Whether they’re collecting antique weapons, practicing concealed carry, or firing an AR-15 or a Glock at their local range, many Americans love guns - which horrifies and fascinates many other Americans, and much of the rest of the world. This lively, sometimes raucous book explores from the inside the American love affair with firearms.

Dan Baum is both a lifelong gun guy and a Jewish Democrat who grew up in suburban New Jersey feeling like a "child of a bitter divorce with allegiance to both parents". In Gun Guys he grabs his licensed concealed handgun and hits the road to meet some of the 40 percent of Americans who own guns. We meet Rick Ector, a black Detroit autoworker who buys a Smith & Wesson after suffering an armed robbery - then quits his job to preach the gospel of armed self-defense, especially to the resistant black community; Jeremy and Marcey Parker, a young, successful Kentucky couple whose idea of a romantic getaway is the Blue Ridge Mountain 3-Gun Championship in Bowling Green; and Aaron Zelman, head of Jews for the Preservation of Firearms Ownership. Baum also travels to New Orleans, where he enters the world of a man disabled by a bullet, and to Chicago to interview a killer. Along the way, he takes us to gun shows, gun stores, and shooting ranges while trying to figure out why so many of us love these things and why they inspire such passions.

In the tradition of Confederates in the Attic and Among the Thugs, Baum brings an entire world to life. Written equally for avid shooters and those who would never touch a firearm, Gun Guys is more than a travelogue. It gives a fresh assessment of the heated politics surrounding guns, one that will challenge and inform people on all sides of the issue. This may be the first book that goes beyond gun politics to illuminate the visceral appeal of guns - an original, perceptive, and surprisingly funny journey through American gun culture.

"Dan Baum armed himself with an open mind and a .38 Detective Special to see what the armed lifestyle is about. Taking participatory journalism to a debate that rivals abortion as a hot-button topic, he emerged with observations that need to be read by both sides of the highly polarized issue." (Massad Ayoob, author and use-of-force instructor)
"Dan Baum’s curiosity about guns and his passion for them pull you deep into this book before you even know how you got there. He has put in the heft of a firearm and the smell of gunpowder and the heedless hilarity of shooting the heck out of stuff, and has produced a beautiful piece of writing." (Ian Frazier, author of Travels in Siberia)
"Engrossing... a thoughtful corrective to the mutual ideological hysteria surrounding the issue of guns in America." ( Kirkus Reviews)