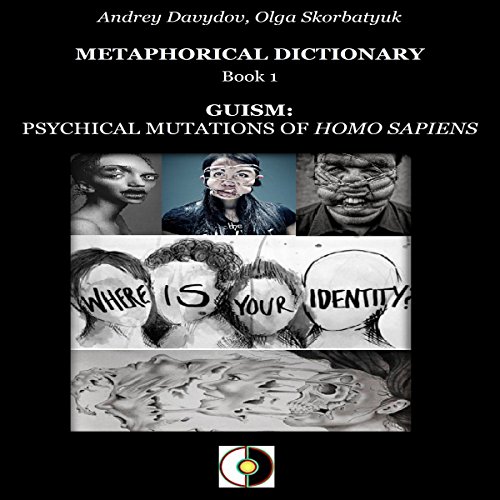 Gui/guism do not belong to categories of phenomena, special occurrences, rare facts, and cannot be attributed to someone's subjective understanding because it is a universal occurrence available for wide observation. In modern culture, gui are usually called by words "human", "people." Mutations in the form of guism have a psychical pathogenesis, pathological changes.

Why does humanity need the Metaphorical Dictionary and is it needed at all? Answers to these questions lie on the surface, as no one will deny that communication problems between people in this civilization exist. Moreover, they are so serious and neglected that in fact there is much more understanding even between representatives of the animal kingdom, who are much more primitive compared to Homo sapiens. Each person attributes his own meaning to any word; as for universal meanings - there are none. Our Metaphorical Dictionary easily solves any communication problems, or rather - it eliminates them altogether since this Dictionary is not just a collection of words and their meanings: behind every concept under consideration is an image, a picture.

Proto-language in the face of Chinese hieroglyphics not only returns true essence and meanings of basic philosophical concepts, which exist in this civilization to all of us, but also, through understanding, turns them into keys (or "drivers") to society....