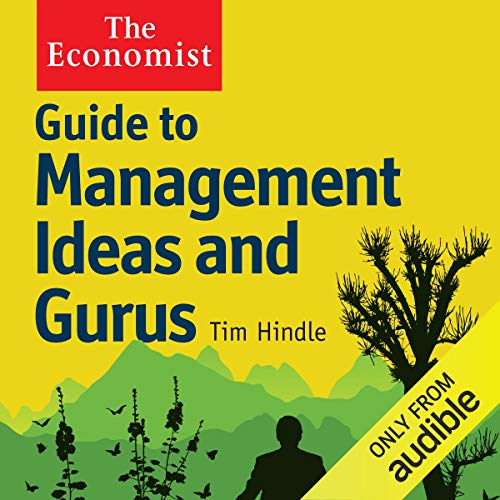 Guide to Management Ideas and Gurus

As his surname would imply, actor Christopher Oxford performs Tim Hindle's Guide to Management Ideas and Gurus with an august authority. In this audiobook listeners will find an incredible archive of ideas regarding the management of business. Also, Hindle, the author of several best-selling business books and the former business and management editor of the Economist, has arranged entries on some of the most influential business thinkers of the past and present. Listeners looking to change or revitalize their management skills will appreciate Hindle's audiobook, and his in-depth look at Active Inertia, Disruptive Technology, and many other management concepts.

Get yourself up to guru speed. This insightful guide, which has proven hugely popular around the world in hardback, not only includes the most significant ideas that have influenced the management of business over the past century, but it also includes entries on the most influential business thinkers of the past and present.

Tim Hindle is author of several best-selling books on management and business. He is a former business and management editor of the Economist and was the founding editor of Euro Business. He has also been editor of Director magazine.