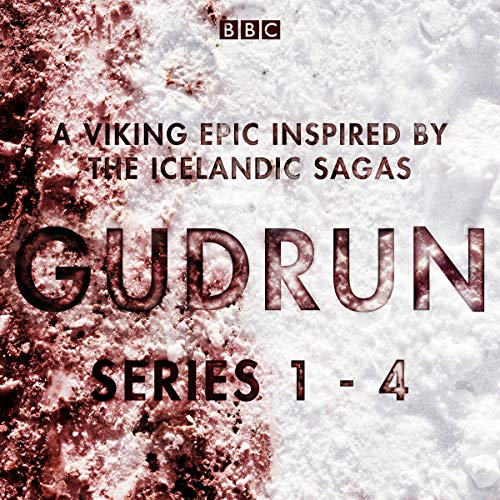 An 11th-century Viking epic of love, revenge and faith, set in Iceland and starring the original Nordic Noir heroine, Gudrun.

As a young woman growing up in 11th-century Iceland, Gudrun must forge her path through a world of unearthly beauty yet uncompromising harshness. The tale begins in her youth, with her childhood friends Kjartan and Bolli - but the love the two boys have for Gudrun causes a deathly enmity between them that leaves her reeling.

Suspicious of how power and ambition are wielded by men, Gudrun is left feeling increasingly isolated. She longs for the freedom to live her life according to her own rules, beholden to no-one. This epic saga takes her on a journey away from her beloved homeland, risking everything to save her daughter.

An avenging angel forged from violence, Gudrun has all the complexity, vulnerability and single-mindedness of her successors, Lisbeth Salander and Saga Noren. In the ruthless world she inhabits, her steely determination and willingness to manipulate others in the manner of Borgen's Birgitte Nyborg is what keeps her alive.

Gudrun is based on the famous Icelanders' saga known as The Laxdoela Saga. Written in the 13th century, it tells of people in the Breiðafjörður area of Iceland from the late 9th century to the early 11th century.