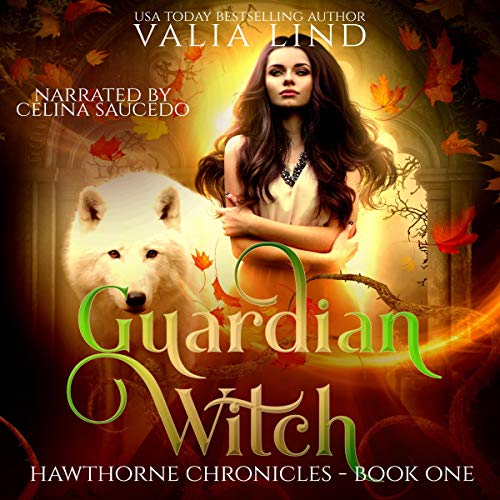 A town. A home. A sanctuary.

It’s a land of magic, where traditions run deep. Governed by an ancient coven, it’s a place where supernaturals and humans can live in peace.

Born and raised in Hawthorne, Harper has always known her place. As the middle child, she is skilled in earth magic and intuition. But even with all of her gifts, she can’t see the future. So, when she makes a choice to enter the forbidden woods, she stumbles upon a hurt wolf pup and his older brother.

Connor has finally returned to Hawthorne, ready to take his place as the alpha. But then, a chance encounter sends his whole world spinning.

The witches and the wolves are not friends. They are nothing more than business partners. They live side by side, but never intertwining.

But when a power older than time itself rises, it will take both sides fighting together to defeat the evil...or lose their way of life forever.

Harper and Connor are already breaking all the rules, and now, they will have to decide for themselves: Is their love worth the greatest risk, or will they lose it all?

Get the first novella in this new paranormal series to start the adventure today! Guardian Witch can be listened to as a stand-alone!