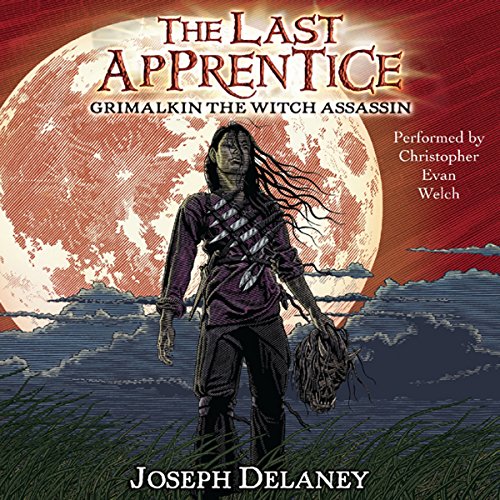 "I'm coming for you, and nothing living or dead can stop me."

One witch is the most feared, the most ruthless, and the most deadly of all the witches in the county. If she hunts for you, she will find you. If you have crossed her, you don't stand a chance. She is the witch assassin, and her name is Grimalkin.

Grimalkin's one alliance is with Tom Ward, the Spook's apprentice. With Tom, she plans to rid the world of the most terrifying evil, the Fiend, who once did her a great wrong.

For the first time, fans of the Last Apprentice series will hear the story from Grimalkin's side, as she is hunted herself by creatures of darkness set on revenge.

Grimalkin has never been defeated. But can she survive an enemy created for the sole purpose of destroying her?