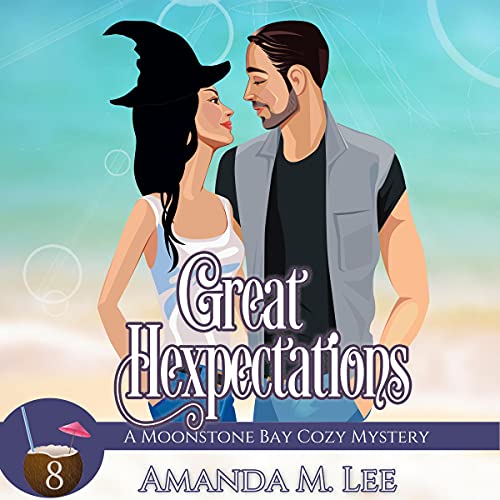 Hadley Hunter thought she was getting a grip on the paranormal world she never knew existed until recently. She was wrong. In the shadow of a massive shifter retreat, she finds she knew absolutely nothing.

Her live-in love Galen Blackwood has his hands full with the conference. Not only is his mother pressuring him to make his presence known but it’s also up to him to keep the not-so-friendly factions from going to war. Things only get stickier when a member of the Michigan wolf contingent ends up dead on the docks.

Hadley wants to help Galen, as does his cousin Aric Winters, who has brought his magical mage wife Zoe and their daughter to the island at the behest of his father. Aric prefers distance when it comes to shifter politics but he’s happy to see his cousin, and be introduced to Hadley for the first time.

Because they’re not shifters, Hadley and Zoe are considered outsiders. That allows them to join together to track down a murderer.

Hadley is out of her element but she’s determined to help Gallen by any means necessary. Unfortunately for her, the other wolves don’t like it...and decide to make it an issue worth dying for.

A wolf war is brewing and Hadley is at the center of it. Not only that but she’s a target. It’s going to take all of her witchy energy - plus a little help from a new friend - to make it through to the other side.

Somebody else has different plans...and they’re deadly. It might be the wolves warring, but Hadley is the one who might die on the battlefield."