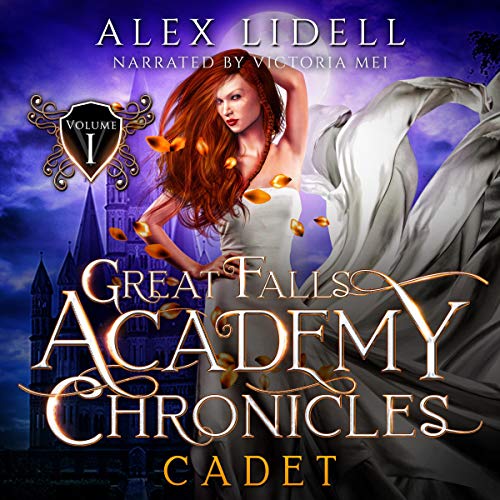 Lera was once human. Now, with dark magic leaking into the mortal world, the petite fae warrior must return to protect it - even if it means going undercover with four powerful fae males to a harsh military academy. But when a terrible accident melds the males with their human disguises, everything changes. Can Lera make the warriors remember themselves, their mission - and her - before the entire mortal world pays the price?

River, Shade, Tye, and Coal can’t overlook the beautiful new cadet, but when Lera starts breaking rules and ignoring orders, the four senior officers intend to put her in her place. Lera will learn or she will quit - that is how Great Falls Academy works.

Cadet is a full-length Power of Five reverse-harem tale from Amazon Top 100 author Alex Lidell. It was initially released in three installments, titled Rules of Stone, Crime and Punishment, and Scent of a Wolf.

The three Great Falls Academy Chronicles books follow the four Power of Five books, but can be enjoyed separately.