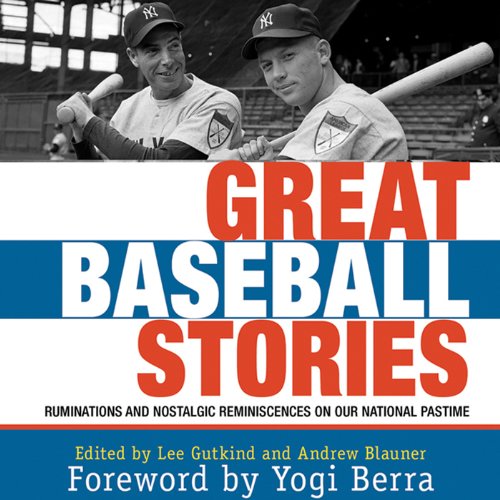 Lee Gutkind is known as the "godfather behind creative nonfiction" (Vanity Fair) and in his careful curation of Great Baseball Stories, he lives up to his name. Something about sports narrative favors a spoken, rather than a written, recounting, as if a listener is sitting at a bar trading stories of notable athletic endeavors. In Kethe Farley’s beautifully modulated voice - a voice which could probably field several full lineups of characters - these essays by such writers as Roger Angell, Christopher Buckley, and George Plimpton bring the baseball diamond and dugout to one’s home, car, or whatever the sphere (or diamond?) of listening might be. Foreword by Yogi Berra.

Here is a wonderful collection of 20 revealing essays on the national pastime. Featuring contributions from Roger Angell, John Thorn, Frank Deford, George Plimpton, Stefan Fatsis, and others (plus a foreword by the legendary Yogi Berra), the stories are united by the authors’ fervent love of the game.