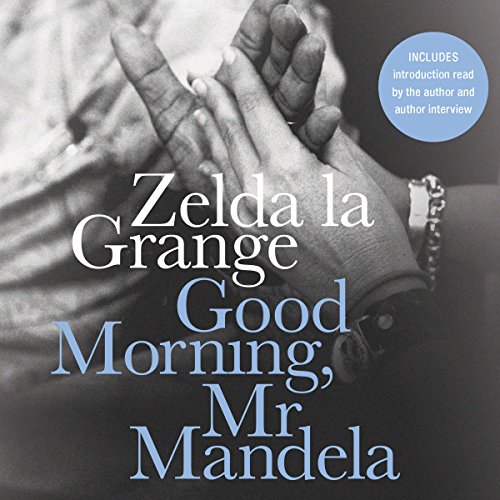 A white Afrikaner, Zelda la Grange grew up in segregated South Africa, supporting the regime and the rules of apartheid. Her conservative family referred to the imprisoned Nelson Mandela as "a terrorist". Yet just a few years after his release and the end of apartheid, she would be traveling the world by Mr. Mandela’s side, having grown to respect and cherish the man she would come to call "Khulu", or "Grandfather".

Good Morning, Mr. Mandela tells the extraordinary story of how a young woman’s life, beliefs, prejudices - everything she once believed - were utterly transformed by the man she had been taught was the enemy. It is the incredible journey of an awkward, terrified young secretary in her 20s who rose from a job in a government typing pool to become one of the president’s most loyal and devoted associates.

This audiobook offers a rare, intimate portrait of Nelson Mandela and his remarkable life as well as moving proof of the power we all have to change. Includes an introduction read by the author as well as an author interview.

"This story proves the power of making politics personal and is an important reminder of the lessons Madiba taught us all." (President Bill Clinton)
"President Nelson Mandela’s choice of the young Afrikaner typist Zelda la Grange as his most trusted aide embodied his commitment to reconciliation in South Africa. She repaid his trust with loyalty and integrity. I have the highest regard for her." (Archbishop Emeritus Desmond Tutu)