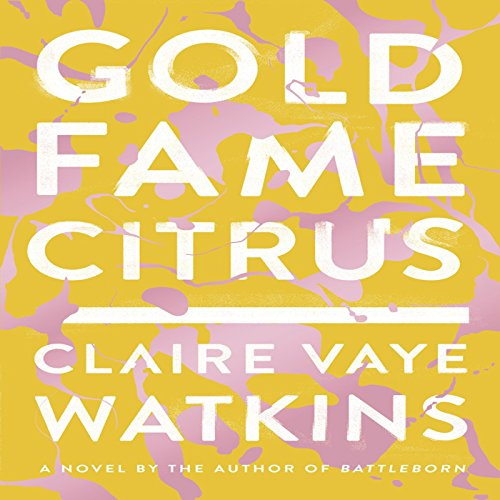 In 2012 Claire Vaye Watkins' story collection, Battleborn, swept nearly every award for short fiction. Now this young writer, widely heralded as a once-in-a-generation talent, returns with a first novel that will more than meet listeners' hopes, harnessing the sweeping vision and deep heart that made her debut so arresting to a love story set in a devastatingly imagined near future.

In a parched Southern California of the near future, Luz, once the poster child for the country's conservation movement, and Ray, an army deserter turned surfer, are squatting in a starlet's abandoned mansion. Most "Mojavs", prevented by armed vigilantes from freely crossing borders to lusher regions, have allowed themselves to be evacuated to encampments in the east. Holdouts like Ray and Luz subsist on rationed cola and water and whatever they can loot, scavenge, and improvise.

For the moment, the couple's fragile love, which somehow blooms in this arid place, seems enough. But when they cross paths with a mysterious child, the thirst for a better future begins. Heading east, they are waylaid in the desert by a charming and manipulative dowser - a diviner for water - and his cultlike followers, who have formed a colony in a mysterious sea of dunes.

Immensely moving, profoundly disquieting, and mind-blowingly original, Watkins' novel explores the myths we believe about others and tell about ourselves, the double-edged power of our most cherished relationships, and the shape of hope in a precarious future that may be our own.