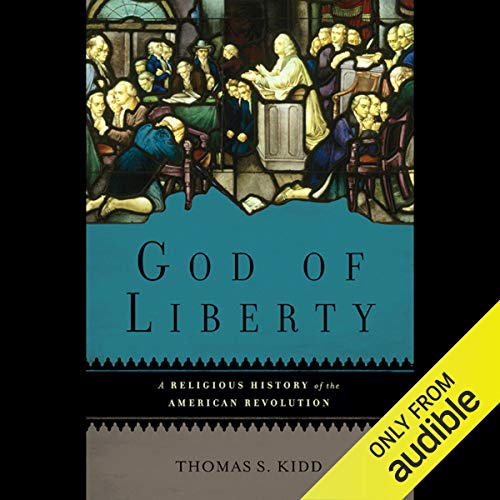 Before the Revolutionary War, America was a nation divided by different faiths. But when the war for independence sparked in 1776, colonists united under the banner of religious freedom. Evangelical frontiersmen and Deist intellectuals set aside their differences to defend a belief they shared, the right to worship freely. Inspiring an unlikely but powerful alliance, it was the idea of religious liberty that brought the colonists together in the battle against British tyranny.

In God of Liberty, historian Thomas S. Kidd argues that the improbable partnership of evangelicals and Deists saw America through the Revolutionary War, the ratification of the Constitution, and the election of Thomas Jefferson in 1800. A thought-provoking reminder of the crucial role religion played in the Revolutionary era, God of Liberty represents both a timely appeal for spiritual diversity and a groundbreaking excavation of how faith powered the American Revolution.

"Coffin varies his tone and pacing to enliven the material, and in no way is he artificial in his emphasis." (AudioFile)