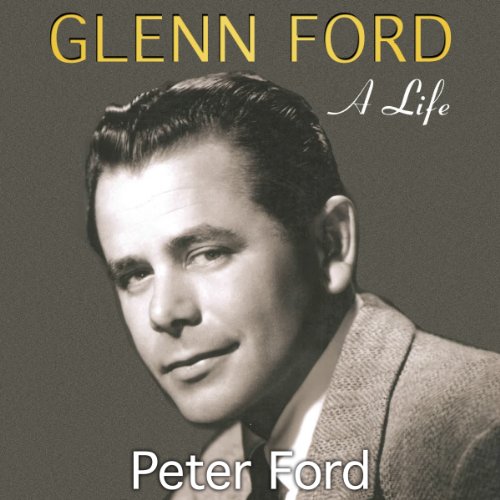 Glenn Ford - star of such now-classic films as Gilda, Blackboard Jungle, The Big Heat, 3:10 to Yuma, and The Rounders - had rugged good looks, a long and successful career, and a glamorous Hollywood life. Yet the man who could be accessible and charming on screen retreated to a deeply private world he created behind closed doors.

Glenn Ford: A Life chronicles the volatile life, relationships, and career of the renowned actor, beginning with his move from Canada to California and his initial discovery of theater. It follows Ford’s career in diverse media - from film to television to radio - and shows how Ford shifted effortlessly between genres, playing major roles in dramas, noir, westerns, and romances. This biography by Glenn Ford’s son, Peter Ford, offers an intimate view of a star’s private and public life. Included are exclusive interviews with family, friends, and professional associates, and snippets from the Ford family collection of diaries, letters, audiotapes, and unpublished interviews. This biography tells a cautionary tale of Glenn Ford’s relentless infidelities and long, slow fade-out, but it also embraces his talent-driven career. The result is an authentic Hollywood story that isn’t afraid to reveal the truth.