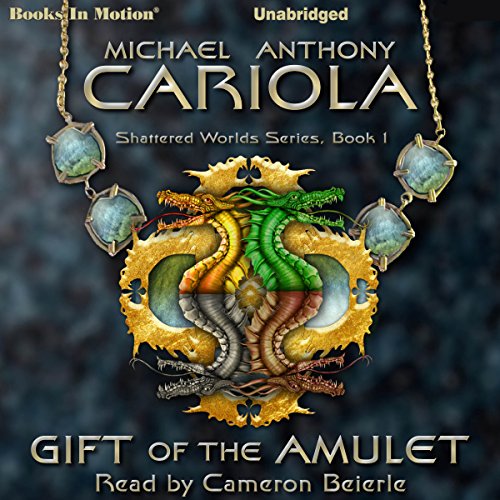 Gift of the Amulet

Gift of the Amulet

To save humanity from being consigned to oblivion and to prevent war between elves and men, Eltanin, the first and greatest wizard there ever was, performed a terrible ritual that shattered the one world into two. For 20,000 years the two dimensions, unknown to each other, existed side by side. Aralia, home to the elfin race known as the Ferrishyn, and Earth, home to humanity, are both weakening. On Aralia, Magick is fading and will extinguish unless the two worlds are reunited.

On Earth, hidden to humanity, the Clave, a council of dark wizards hell bent on control, would prevent the worlds from being healed. But Eltanin left a prophecy that one would come, the Son of Luminance who would restore the worlds. Now young Azriel, exiled to Earth and unaware of his destiny, must discover who he is and learn the secrets of the dragon elementals before he can reunite Earth and Aralia. Azriel, the descendant of Eltanin, must unleash his true potential as a sorcerer and heal the worlds, for if he does not, there will be no other to fulfill the prophecy.