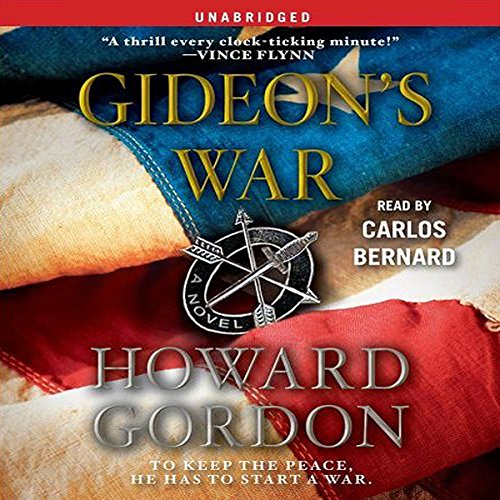 GIDEON DAVIS, whose behind-the-scenes negotiating skills have earned him the role of peacemaker in conflicts around the globe, knows more about hush-hush discussions in Capitol corridors than he does about hand-to-hand combat. But his more practical, tactical skills come into play when he’s called on by family friend and government bigwig Earl Parker to chaperone a rogue agent from Southeast Asia to D.C. The agent, Tillman Davis, has promised to turn himself in— but only to his brother, Gideon.

Although the two brothers have been estranged for years, Gideon cannot fathom how his brother could have turned into so ruthless a man. But when the plan for Tillman’s surrender goes awry and Earl Parker is taken hostage, Gideon is forced to embrace his dark side in order to evade hostile locals in war-torn Mohan to make his way to the Obelisk—the multimillion-dollar, state-of-the-art oil rig that has been seized by terrorists led by Tillman himself. It is with the help of oil rig manager Kate Murphy that Gideon launches an unlikely one-man rescue.

“True to form of my eight-year experience with Howard Gordon on '24,' Gideon’s War is a rip-roaring thriller.” (Kiefer Sutherland)
"A thrill every clock-ticking minute! From racing through the jungles of Southeast Asia to outsmarting terrorists on a high tech oil rig in a typhoon, Howard Gordon's new international peacemaker Gideon Davis takes saving the world to a new level. Move over Jack Bauer—there’s a new sheriff in town.” (Vince Flynn, New York Times best-selling author of American Assassin)
“Howard Gordon, the man behind 24, makes the transition from screenwriter to novelist look easy with this ahead-of-the-curve thriller.” (Alex Berenson, New York Times best-selling author of The Midnight House)