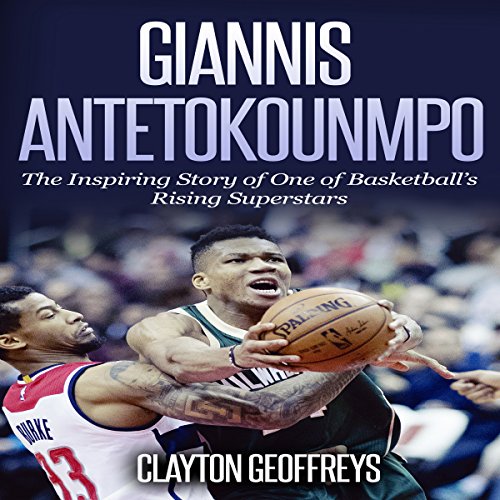 In Giannis Antetokounmpo: The Inspiring Story of One of Basketball's Rising Superstars, you will learn the inspirational story of one of basketball's most promising young stars, Giannis Antetokounmpo. Often nicknamed "The Greek Freak", Giannis Antetokounmpo has quickly emerged as one of the most unique players in the league today. His incredible wingspan and athleticism have made him a dominant presence on both the offensive and defensive ends of the basketball court. He is easily one of the most difficult defensive assignments for opposing teams due to his ability to not only start as a forward, but also as a guard. In just four years, Giannis Antetokounmpo has gone from averaging 6.8 points per game to 22.9 points per game. He has also quickly become the face of the Milwaukee Bucks franchise.

There is still much to be unveiled in the career of Giannis Antetokounmpo. At the time of this writing, Giannis is just 22 years old. In this book, we'll learn more about The Greek Freak's journey into the NBA, his impact on the game, and his growing legacy as one of the best up-and-coming stars to make his presence known in basketball.