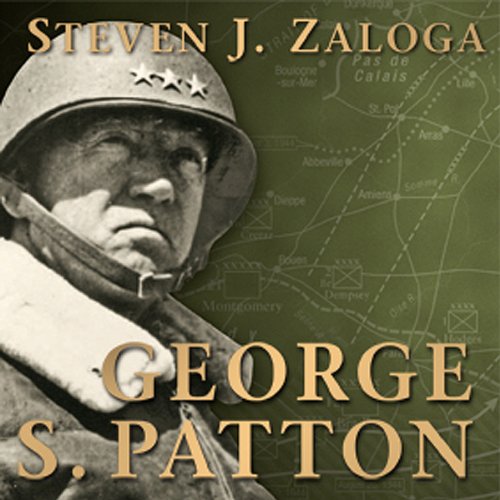 Here is a concise biography of the life of the legendary American field commander of World War II, George S Patton, Jr.

Patton was the iconic American field commander of the war, and is widely regarded as the US Army's finest practitioner of mechanized warfare. Having chased bandits in the Mexican border war of 1917, he led the first US tank units in World War I. After the Kasserine Pass debacle in North Africa in 1943, he redeemed the US Army's reputation with victories in Tunisia and later on Sicily in July 1943.

But Patton's greatest fame would come a year later during the breakout from Normandy, the Battle of the Bulge, and the crossing of the Rhine. Patton's exploits are described and analyzed here in this new study of one of the most interesting and controversial figures in American military history. Contents include: