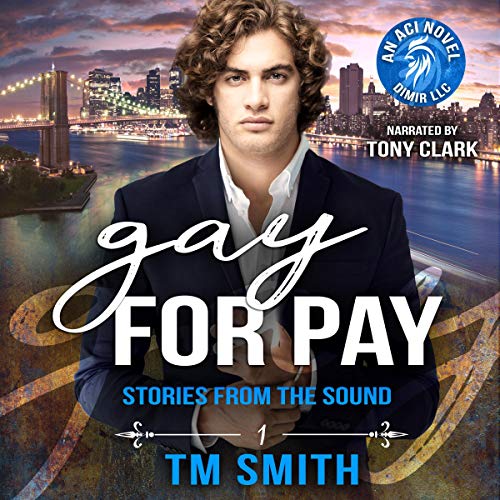 Christopher Allan Roberts thought he had a promising future: captain of the football team with the promise of a scholarship to play for Alabama, his high school sweetheart and best friend for as long as he could remember, Amanda, by his side, and the love and support of his family. One night, one mistake changed everything. Chris moves to New York, adrift and alone. A walk one night brings him to the flashing lights, loud music and thrumming bodies at Club Berlin. A flyer in the men's room promises fame and fortune for anyone willing to go on camera and have sex, with another man. Money is money, and how hard could it be, right? Christopher Allan Roberts becomes Kris Alen, All Cocks' newest addition, a gay for pay porn star.

Lincoln Carter is honest with everyone in his life, including his family, about who he is and about his sexual preferences. Linc Larson, the openly bisexual gay porn star, will do anything with anyone, which pretty much writes his ticket in a versatility-charged industry. It's not his sexuality that interferes with his personal life; it's his inability to trust. What Linc wants right now, more than anything, is the chance to do a scene with All Cocks' newest acquisition, Kris Alen. Six-foot-two with auburn hair, an exquisitely toned and inked up body, Kris Alen is sex personified. Linc doesn't know if it's the "I want the shiny new toy" aspect that calls to him, or the distant and wounded expression that haunts Kris's eyes.

Linc figures out early on that Kris is only working the gay for pay angle that All Cocks brings to his bank account. Can a bisexual man with trust issues break down the barriers that Kris has built around himself and help Christopher overcome the painful past he is running from?

Didn’t like Tony Clark‘s speed, he rushed through most of the chapters. But the story was interesting though.