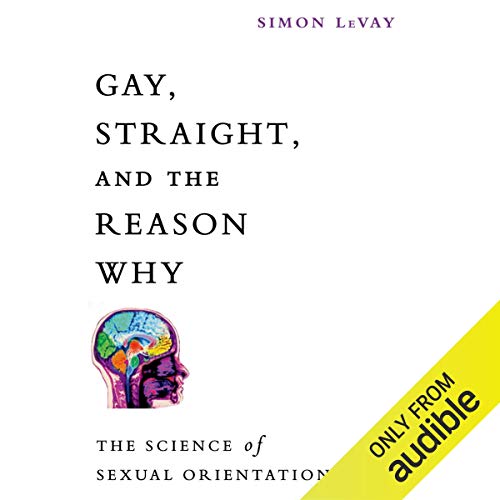 Gay, Straight, and the Reason Why

What causes a child to grow up gay or straight? In this book, neuroscientist Simon LeVay summarizes a wealth of scientific evidence that points to one inescapable conclusion: Sexual orientation results primarily from an interaction between genes, sex hormones, and the cells of the developing body and brain.

LeVay helped create this field in 1991 with a much-publicized study in Science, where he reported on a difference in the brain structure between gay and straight men. Since then, an entire scientific discipline has sprung up around the quest for a biological explanation of sexual orientation. In this book, LeVay provides a clear explanation of where the science stands today, taking the reader on a whirlwind tour of laboratories that specialize in genetics, endocrinology, neuroscience, cognitive psychology, evolutionary psychology, and family demographics. He describes, for instance, how researchers have manipulated the sex hormone levels of animals during development, causing them to mate preferentially with animals of their own gender. LeVay also reports on the prevalence of homosexual behavior among wild animals, ranging from Graylag geese to the Bonobo chimpanzee.

Although many details remain unresolved, the general conclusion is quite clear: A person's sexual orientation arises in large part from biological processes that are already underway before birth. LeVay also makes it clear that these lines of research have a lot of potential because--far from seeking to discover "what went wrong" in the lives of gay people, attempting to develop "cures" for homosexuality, or returning to traditional explanations that center on parent-child relationships, various forms of "training," or early sexual experiences--our modern scientists are increasingly seeing sexual variety as something to be valued, celebrated, and welcomed into society.