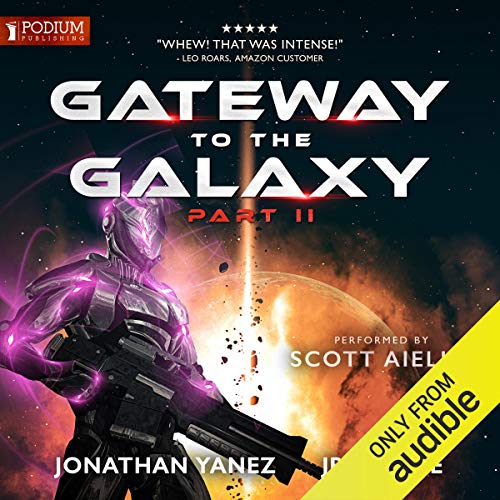 Gateway to the Galaxy, Part II

Gateway to the Galaxy, Part II

He saved the universe from chaos. And it'll come back to haunt him.

Just when you thought it was safe to explore the universe, a new enemy emerges from the darkness. You know the deal with these things: someone's always ready to put on the gauntlet and do the finger snap.

All Frank wants to do is rebuild the Arilion Order and eat tacos. No such luck. A new enemy is going to give Frank and the rest of Marine Space Corps-1 a run for their money.

A ghost from Frank's past has returned, and with his Arilion powers tested, this mission will be his greatest challenge as a man, as a leader, and as a Marine.

It's time for a reckoning.

A swashbuckling space adventure in the likes of Edgar Rice Burroughs’ A Princess of Mars and the action found in JN Chaney’s Renegade Star.