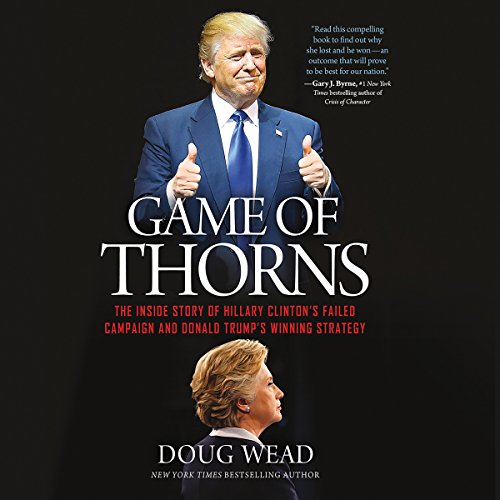 Here is the first insider account of the precipitous fall of Hillary Clinton. How the scandals of a lifetime finally reached critical mass. How, in the last few days of the campaign, some on her staff saw the ghostly shroud of defeat creeping over them but were helpless to act, frozen by the self-denial of the group.

Here is an explanation of why the national media and their corporate owners kept Joe Biden and Elizabeth Warren out of the race. Why they wanted their investment in the Clintons to work and how they were willing to go to great lengths to make that happen.

Don't have time to read the tens of thousands of leaked emails from inside the Clinton machine?

The author has done it for you and has come back from the experience with a stunning peek into the world of a political leader who privately declared that she wanted a hemisphere "with open trade and open borders".

Finally, here is the story of the rise of Donald Trump.

How his opponents sought to derail him.

This is the story of how Donald Trump's message and brand transcended the traps laid by his enemies. How, against all odds, he won the presidency. And here are the details of his plan to make American great again.