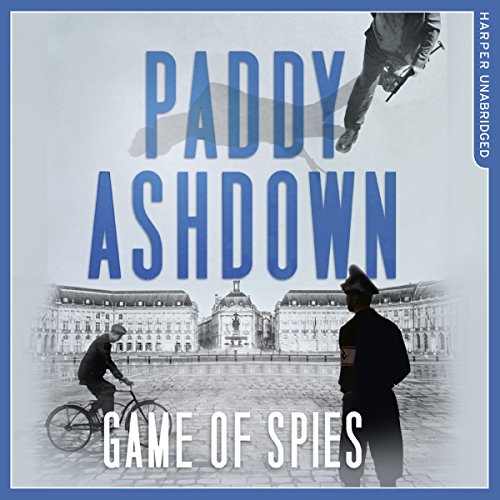 In the tradition of Ben MacIntyre, Game of Spies tells the story of a lethal spy triangle in Bordeaux between 1942 and 1944 - and of France's greatest betrayal, by aristocratic and right-wing Resistance leader Andre Grandclement.

The story centres on three men - one British, one French and one German - and the duel they fought out in an atmosphere of collaboration, betrayal and assassination, in which comrades sold fellow comrades, Allied agents and downed pilots to the Germans as casually as they would a bottle of wine.

It is a story of SOE, treachery, bed-hopping and executions in the city labelled la plus collaboratrice in the whole of France.

Praise for The Cruel Victory:
"A powerful account of an extraordinary story." (The Times)
"A fine account." (5*, Daily Telegraph)
"Written with pace, the detail is fine...and Ashdown is well-placed to write this book, which requires an understanding of military strategy, diplomacy and political shenanigans, as well as old fashioned story telling skill." (Spectator)

Praise for A Brilliant Little Operation:
"The story of Operation Frankton is an extreme example of a plan brilliantly conceived and badly botched. The 10 commandos who made a secret canoe raid in 1942 on German merchant ships have become icons of British wartime derring-do." (The Times)
"No doubt many more books will be written about the war, but I hope this becomes a model for them since, though the heroism of our boys is stirring stuff, history only makes real sense if you can see it from all sides." (Daily Telegraph)
"Paddy Ashdown has sifted the facts from the myths to write a fascinating and very personal account." (Independent)
"It moves at the pace of a thriller and it's real." (Nick Ferrari, Sunday Express)
"Ashdown's insights and his extensive research in an impressive range of archives will ensure that yet another work on the subject will not be required in the foreseeable future." (Times Literary Supplement)

This account will be loved by those who are willing to learn about how espionage and counter-espionage unfolded in the German-occupied Bordeaux area in World War II.
The story has so many twists and turns which makes it hard to single out a peak. It's how the protagonists respond to danger which makes the book so intriguing.
Paddy Ashdown's engrossing voice adds to the listening pleasure. A book that lives up to its billing, no questions asked.