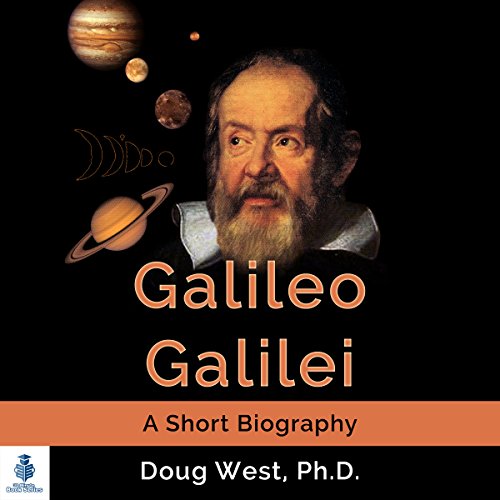 Galileo Galilei grew up in a time when nearly everyone thought the Earth was the center of the universe and the Sun and the planets revolved around the Earth. His intellectual world was dominated by the work of the ancient philosopher Aristotle. Science as we know it today was just starting to emerge from the dark ages and it was blended with religion so at first, it was hard to distinguish between the two.

Galileo's work included a radial improvement in a parlor toy called a spyglass, which he turned into a working instrument of astronomy, the military, and mariners. With his small telescope he opened up the night sky and discovered the Moon isn't smooth but rather covered with peaks and valleys similar to the Earth, that the planet Jupiter had moons that orbited the planet, and that the planet Venus showed phases as it orbited the Sun - similar to the phases of the Moon.

Though his discoveries in astronomy were transformative, they spelled trouble for Galileo. Once the local clergy got wind of Galileo's heretical views that the Earth was not the center of the universe, he was under intense scrutiny from the Church. He traveled to Rome, not once but twice, to defend his views on the cosmos. Escaping the penalty of imprisonment or being burnt at the stake, he was given house arrest for the remainder of his life. Working under house arrest, he was able to complete some the most important work of his life and he had his work smuggled out of Italy to be published without censorship. Take a short journey into the world of this amazing man and understand how he changed the world.