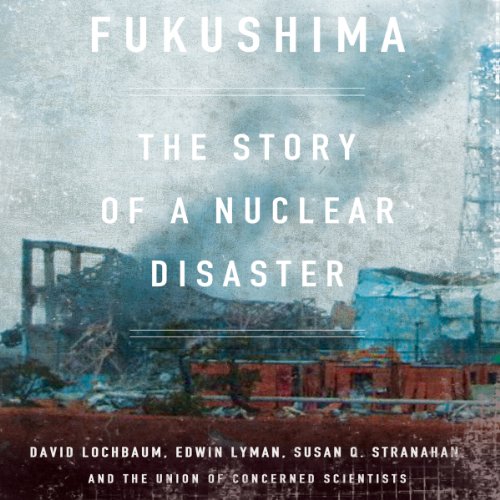 Fukushima: The Story of a Nuclear Disaster

On March 11, 2011, an earthquake large enough to knock the earth from its axis sent a massive tsunami speeding toward the Japanese coast and the aging and vulnerable Fukushima Daiichi nuclear power reactors. Over the following weeks, the world watched in horror as a natural disaster became a man-made catastrophe: fail-safes failed, cooling systems shut down, nuclear rods melted.

In the first definitive account of the Fukushima disaster, two leading experts from the Union of Concerned Scientists, David Lochbaum and Edwin Lyman, team up with journalist Susan Q. Stranahan, the lead reporter of the Philadelphia Inquirer’s Pulitzer Prizewinning coverage of the Three Mile Island accident, to tell this harrowing story. Fukushima combines a fast-paced, riveting account of the tsunami and the nuclear emergency it created with an explanation of the science and technology behind the meltdown as it unfolded in real time.

The narrative also extends to other severe nuclear accidents to address both the terrifying question of whether it could happen elsewhere and how such a crisis can be averted in the future.

What can go wrong, will go wrong

Especially the first half, where the accident itself is described, sounds like a script written by Murphy (from Murphy's law). A lot of things went wrong, leading to the most severe nuclear catastrophy to date. It is written very well, and you learn a lot of details from it. In the second half, it is mostly about politics and how the situation came about to rely so heavily on nuclear power, although it is so dangerous, once something goes south.

Tepco (and the nuclear industry in Japan in general) seems to be one of these evil (TM) companies that are willing to risk miillions of lifes, just to make a buck or two. Reactors have been built on top of seimographic folds, which is just mind boggling. I wonder if anyone has ever raised the question: What could possible go wrong?

I would like to have an update on this, since the book itself is from 2014, so a lot has happened since then. While Tepco has always been claiming that everything is under control, the reality is that there were three complete nuclear meltdowns and nobody has experienced anything similar.