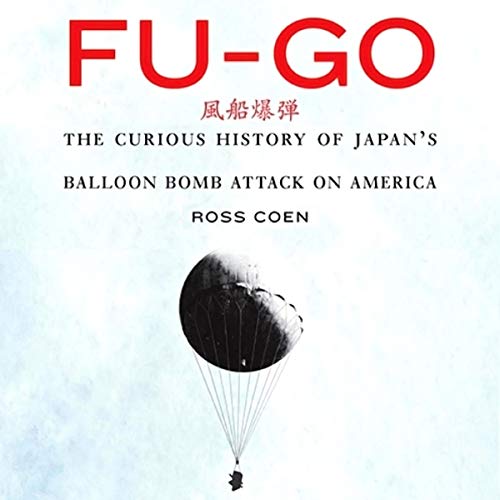 Near the end of World War II, in an attempt to attack the United States mainland, Japan launched its fu-go campaign, deploying thousands of high-altitude hydrogen balloons armed with incendiary and high-explosive bombs designed to follow the westerly winds of the upper atmosphere and drift to the west coast of North America. After reaching the mainland, these fu-go, the Japanese hoped, would terrorize American citizens and ignite devastating forest fires across the western states, ultimately causing the United States to divert wartime resources to deal with the domestic crisis. While the fu-go offensive proved to be a complete tactical failure, six Americans lost their lives when a discovered balloon exploded.

Ross Coen provides a fascinating look into the obscure history of the fu-go campaign, from the Japanese schoolgirls who manufactured the balloons by hand to the generals in the US War Department who developed defense procedures. The book delves into panic, propaganda, and media censorship in wartime. Fu-go is a compelling story of a little-known episode in our national history that unfolded virtually unseen.

"Fu-go is an engaging, thorough narrative that adds to the historiography surrounding World War II." (H-War)

"An extremely well-researched and carefully documented book." (Lee Juillerat, regional editor of the Klamath Falls (OR) Herald and News)