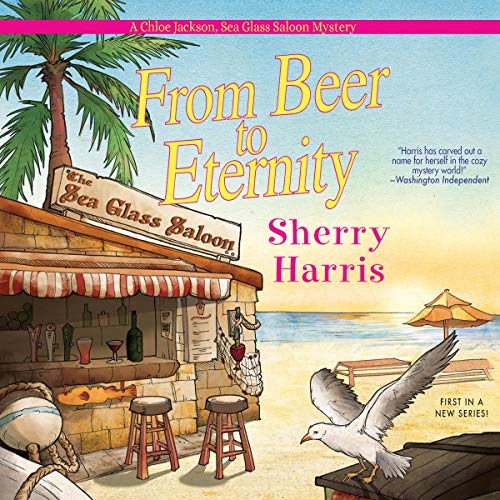 From Beer to Eternity

From Beer to Eternity

With Chicago winters in the rearview mirror, Chloe Jackson is making good on a promise: helping her late friend’s grandmother run the Sea Glass Saloon in the Florida Panhandle. To Chloe’s surprise, feisty Vivi Slidell isn’t the frail retiree Chloe expects - nor is Emerald Cove. It’s less a sleepy fishing village than a panhandle hot spot overrun with land developers and tourists. But it’s a Sea Glass regular who’s mysteriously crossed the cranky Vivi. When their bitter argument comes to a head and he’s found dead behind the bar, guess who’s the number one suspect?

In trying to clear Vivi’s name, Chloe discovers the old woman isn’t the only one in Emerald Cove with secrets. Under the laid-back attitude, sparkling-white beaches, and small-town ways, something terrible is brewing. And the sure way a killer can keep those secrets bottled up is to finish off one murder with a double shot: aimed at Chloe and Vivi.