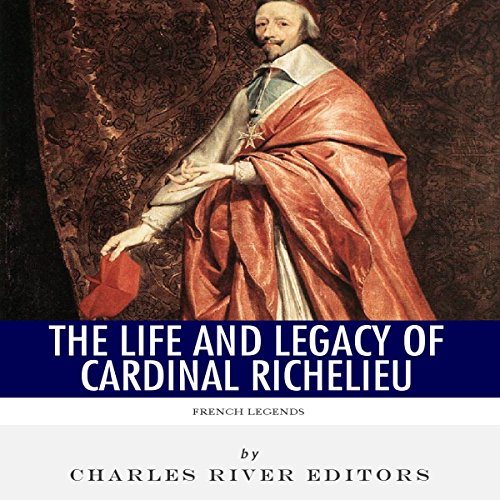 French Legends: The Life and Legacy of Cardinal Richelieu

"Deception is the knowledge of kings." - Cardinal Richelieu

A lot of ink has been spilled covering the lives of history's most influential figures, but how much of the forest is lost for the trees? In Charles River Editors' French series, listeners can get caught up to speed on the lives of France's most important men and women in the time it takes to finish a commute, while learning interesting facts long forgotten or never known.

In an age where it was difficult to steer clear of a king's wrath and keep one's head for their entire life, Armand Jean du Plessis managed to become the power behind a king. The royal courts of 17th and 18th century France were famed for powerful and versatile Ministers like Talleyrand and the Comte de Vergennes, yet none have held as much sway like the man best known to the world today as Cardinal Richelieu.

Decades before becoming the most important person in Louis XIII's court, Richelieu worked his way up through the Catholic Church and politics on parallel tracks, so that in a span of two years he became both a Cardinal and the king's Chief Minister. From there, Richelieu molded the functions of his position to such a powerful extent that he is often viewed today as akin to the world's first Prime Minister. For a generation, Richelieu literally had his hand in every important decision, forever altering the destiny of both France and Europe as a whole.