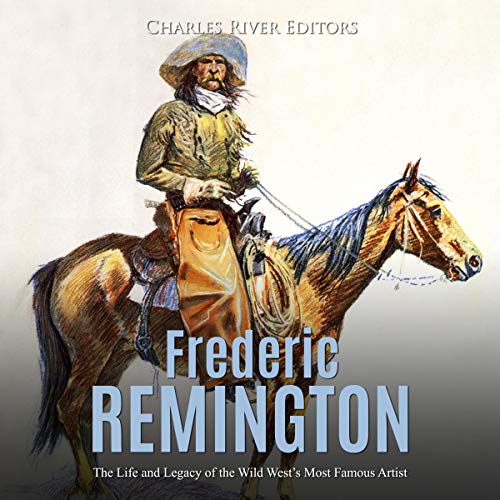 The West was an endless source of fascination for those who were either personally or circumstantially ill-suited to travel there. As explorers opened trails and people expanded the frontier, unusual walks of life like cattle drives and hunting became commonplace, as did images of dusty boomtowns. Before the Transcontinental Railroad connected the Atlantic and Pacific, the Old West possessed a distinctly separate culture from the East Coast, and cowboys, early settlers, and an enormous array of indigenous peoples produced a hybrid culture that seemed doomed to disappear as a result of the inevitable modernization.

The subsequent growth of print journalism fed the East Coast’s interest in the West, whether it was based on fantasy and non-fiction, but with the art of photography in its infancy by the years of the Civil War, a more familiar type of artist stepped in to fill the need, one who like the storytellers in print could simultaneously bring both fantasy and reality to life. Painters and sculptors of the West bore little outward resemblance to their illustrious ancestors, the European masters, but they brought foreign landscapes and people to larger audiences through skillful examples of iconic Western images.

Many of the first artists in the West were assigned to exploration and geological parties, working as archivists and obedient to demands of cold accuracy. However, a few were driven by an imaginative mix of real events and fantastical visions to whet the appetite of Eastern consumers and preserve their own nostalgia on canvas. Among the artists who developed a passionate relationship with the West to one degree or another, two remain iconic in the modern day. Charles Marion Russell, a Missourian drawn to the Montana country, expressed a general empathy for the Native American tribes and the American cowboy. New Yorker Frederic Remington held the advantage in education and talents as a draftsman, but he did not lose himself so entirely to the western American experience. His paintings, sculptures, short stories, and novels are often centered on the military and its wars against the resident tribes. Remington, somewhat more cynical than Russell, was nevertheless a master of depicting violent action in fantastical but credible situations where life hung in the balance. He, too, lamented that the land of his youth’s fascination "had nearly vanished," even though his direct experience with that land and culture was not in the long run successful.

Esteemed for his depiction of "swift action and precise accuracy of detail," Remington’s creative accounts of the 19th century’s last few decades fired the imaginations of Americans thousands of miles away from the frontier. In 1907, President Theodore Roosevelt called Remington "one of the most typical American artists we have ever had, and he has portrayed a most characteristic and yet vanishing type of American life. The soldier, the cowboy and rancher, the Indian, the horses and the cattle of the plains, will live in his pictures and bronzes, I verily believe, for all time."

In fact, Remington’s name remains recognizable today, and his work continues to impress viewers more than a century after he was active. From the bronze statuettes of anonymous Western heroes in crisis to large-scale actions set against vast backdrops, his works found their form through mythology and by "merging his experiences and memories." Both commercially and nostalgia-driven, the dualistic personality of Frederic Remington as a person is at times a problem for modern sensibilities, but no American artist of any century has eclipsed his most famous works’ hold over domestic art devotees.