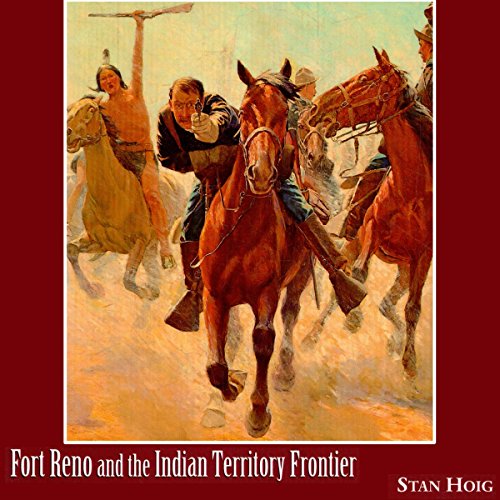 Fort Reno and the Indian Territory Frontier is a powerful synthesis of Southern Plains history during the late 19th century.

Following the Indian uprising known as the Red River War, Fort Reno (in what would become western Oklahoma) was established in 1875 by the United States government. Its original assignment was to serve as an outpost to exercise control over the Cheyenne and Arapaho Indians. But Fort Reno also served as an embryonic frontier settlement around which the first trappings of Anglo-American society developed a regulatory force between the Indian tribes and the white man, and the primary arm of government responsible for restraining land-hungry whites from invading country promised to Native American tribes by treaty. With the formation of the new Territory of Oklahoma and introduction of civil law, Fort Reno was forced to assume another purpose: it became a cavalry remount center. But when the mechanization of the military brought an end to the horse cavalry, the demise of Fort Reno was imminent. The story of Fort Reno, as detailed here by Stan Hoig, touches on several of the most important topics of 19th-century Western history: the great cattle drives, Indian pacification and the Plains Wars, railroads, white settlement, and the Oklahoma land rushes. Hoig deals not only with Fort Reno, but also with Darlington agency, the Chisolm Trail, and the trading activities in Indian Territory from 1874 to approximately 1900.

The book is published by The University of Arkansas Press.