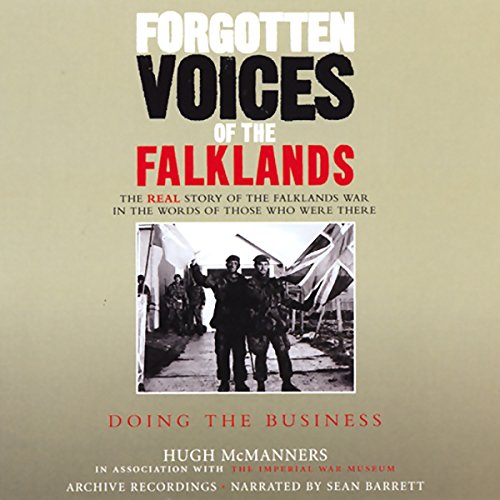 Forgotten Voices of the Falklands

Forgotten Voices of the Falklands

In April 1982, Argentina surprised the world by invading the Falkland Islands in the Atlantic Ocean. The tiny islands had long been the subject of a fierce territorial dispute between Argentina and the UK, and the occupation quickly escalated into a terrifying full-blown conflict between the two countries.

Overcoming the difficulties of conducting a war at the most enormous distance from home and during the Antarctic winter, British troops successfully landed on the Falklands; the Argentine response led to growing casualties on both sides. At sea, losses included HMS Sheffield and Coventry and the Argentinian cruiser General Belgrano.

Facing extreme conditions, British troops fought their way across demanding territory to retake the Falkland Islands. This is a record of the defeat of the Argentines in a series of engagements the names of which have become legendary - Goose Green, Two Sisters, Mount Tumbledown - and ends with the liberation of Port Stanley itself.

Drawing upon the vast resources of the Imperial War Museum's Sound Archive, Forgotten Voices of the Falklands presents the first complete oral history of the Falklands War. This audiobook is a unique and essential chronicle of the conflict from all sides and perspectives, told in the participants' own voices.

" Forgotten Voices of the Falklands, the latest Imperial War Museum oral history, brings sharply home the heroics and obscenities of war. Hearing those involved talk about the 1982 conflict conjures up images more vivid than any photograph...." (Christina Hardyment)