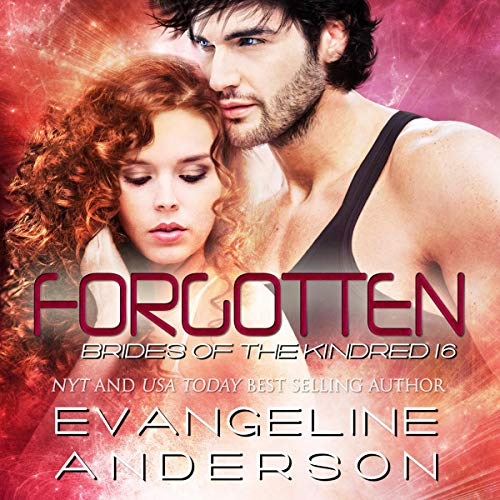 A Warrior sworn to get his mate back or die trying...a woman under a curse which stole her love...Rone is determined to win back Kate's heart, even though he has been...forgotten

Kate McMillan has a good life and a decent job working at a jewelry store but there’s something wrong. She also has a hole in her memory - a three year gap where she can’t remember a thing. Kate tries to tell herself she’s okay but she knows it isn’t true. Someone is hunting her - a huge man with glowing blue eyes is lingering on the edges of her vision. Every time Kate sees him her pulse races and fear grips her.

Rone is a Wulven Kindred - feared and shunned even by others of the Kindred race. For the Wulven carry a Beast inside them that will kill anyone unlucky enough to be near when it emerges. Only a female who has tamed a male Wulven’s Beast is immune from this danger. Rone once had such a mate - before she was snatched away.

For months he’s been searching for his missing bride but when he finally locates Kate, he finds that she has forgotten him completely. Not only that, but his mere presence engenders a panic response in the woman who once loved him. Their bond has been broken and Kate doesn’t know him. Worse, his Beast no longer acknowledges her as his mated female. Rone doesn’t blame Kate for thinking he is dangerous - he is and always will be unless she can tame his Beast.

But in order to tame the Beast, Kate must take a terrible risk...one that may end in her death. Will she be able to control her fear and face the danger that lives inside her mate or will Rone remain forever...forgotten?

This is book 16 of the Brides of the Kindred series