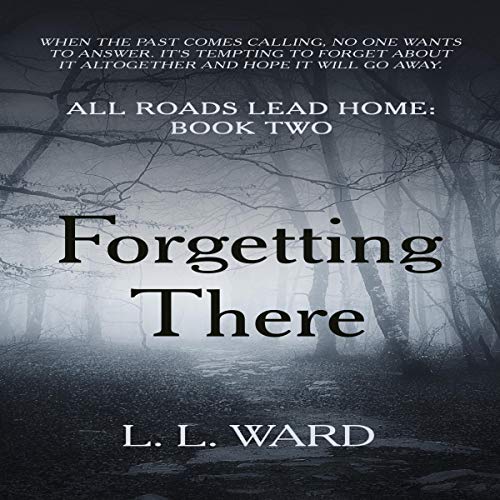 "Well...I know Jess had his problems. He was still bitter about losin' everything. Told me he was just waitin' his time to get even with everybody...said it was why he was to come back up here...said he didn't care how long it took, he'd make it look good to folks, but that he'd have the last laugh." Sam looked over at Nathan for his reaction. The big man was absolutely stunned. His smile fell and he quickly withdrew his hand from Sam's shoulder. Nathan stared a long while at him. Sam, though weak before, somehow regained himself, able to withstand Nathan's searching, disdainful stare. Nathan placed the hand formerly on Sam's shoulder at the top of his left leg, bracing himself with it. He turned to gaze out at the dusky landscape of the ranch; thinking on the words he'd just heard.

The line between finding and losing yourself is often a slippery slope. One misstep and you find yourself sliding into places you never intended to go. Jesse found that in what he thought was only him putting himself up for the winter. It evolved into something much more; a journey into his past. And that's somewhere the boy definitely didn't want to go. Would it cost him his life? It just might have. Only time - and those willing to talk - will tell. Getting lost is easy. Finding your way back home's the tricky part.

Forgetting There, the second book in the All Roads Lead Home saga, reveals more to Jesse's rich Scot-Wichita heritage after his trek up north in Getting There took him to Wyoming in order to winter. Traveling through his Native American grandmother's tales spanning over 80 years across pre-Indian Territory - linking his past, present, and future generations - brought out more secrets than most knew. Recalling them would take its toll. Forgetting There is an up and down thought-provoking tale of betrayal, mystery, suspense, action, and adventure with more twists than a well-knotted rope in an old barn's dirt floor.

L. L. Ward takes you for a ride from past to present.