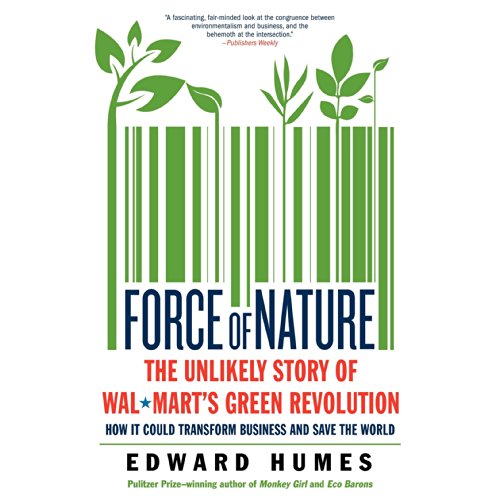 What happens when a renowned river guide teams up with the CEO of one of the largest - and least Earth-friendly - corporations in the world? Nothing less than a green business revolution reveals Pulitzer Prize-winning journalist and bestselling author Edward Humes in his arresting new book, Force of Nature: The Unlikely Story of Wal-Mart's Green Revolution.

Humes, author of Eco Barons, tells the inside story of the little-known and unlikely partnership between former Wal-Mart CEO H. Lee Scott and white water expert-turned Blu Skye sustainability consultant Jib Ellison, and their struggle to redefine what it means to be green in the world of big business. Their efforts transformed a small project initially intended to insulate Wal-Mart from environmental criticism into a massive sustainability makeover, which now has snowballed beyond the retailer to influence whole industries, from apparel to dairy to banking.