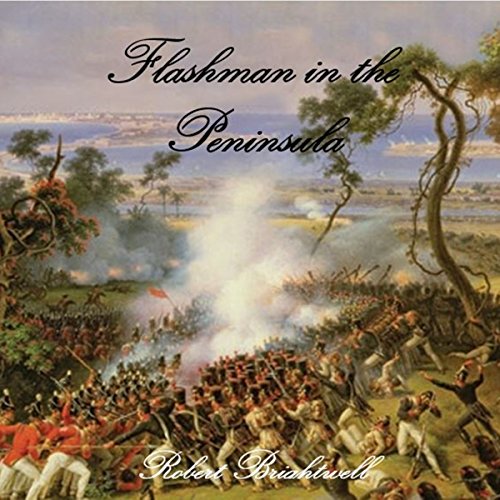 Flashman in the Peninsula

Flashman in the Peninsula

This is the third installment in the memoirs of the Georgian Englishman, Thomas Flashman, which were recently discovered on a well-known auction website. Thomas is the uncle of the notorious Victorian rogue, Harry Flashman, whose memoirs have already been published, edited by George MacDonald Fraser. Thomas shares many of the family traits, particularly the ability to find himself reluctantly at the sharp end of many major events of his age.

While many people have written books and novels on the Peninsular War, Thomas Flashman's memoirs offer a unique perspective. They include new accounts of famous battles, but also incredible incidents and characters almost forgotten by history. Flashman is revealed as the catalyst to one of the greatest royal scandals of the 19th century, which disgraced a prince and ultimately produced one of our greatest novelists. In Spain and Portugal, he witnesses catastrophic incompetence and incredible courage in equal measure. He is present at an extraordinary action where a small group of men stopped the army of a French marshal in its tracks. His flatulent horse may well have routed a Spanish regiment, while his cowardice and poltroonery certainly saved the British army from a French trap.

Accompanied by Lord Byron's dog, Flashman faces death from Polish lancers and a vengeful Spanish midget, not to mention finding time to perform a blasphemous act with the famous Maid of Zaragoza. This is an account made more astonishing as the key facts are confirmed by various historical sources.